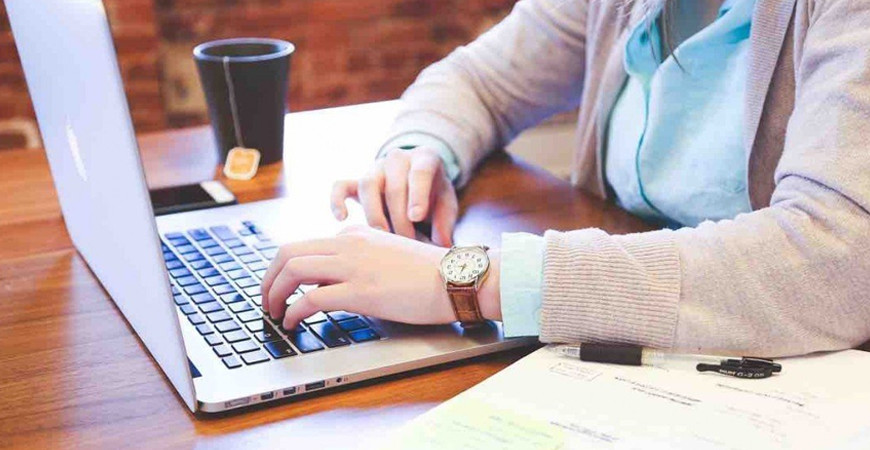 Section 8 of Indian patent law places certain obligations on an applicant for a patent to advise the Controller of details of corresponding foreign applications and their developments as well as particulars of the prosecution of such foreign applications. To appreciate these requirements better, both sub-sections of Section 8 are quoted here after:

Information and undertaking regarding foreign applications

The mandate imposed by sub-section 1 of Section 8 has remained unaltered since the inception of the Patents Act in 1970. However, the 2009 decision of the Delhi High Court in Chemtura Corporation v. Union of India re-inforced by the Enercon decisions of 2010 has brought sharply into focus the requirements of Section 8 (1). Later, there have been the decisions issued by the Intellectual Property Appellate Board (IPAB) on the petitions for revocation filed before it in Fresenius Kabi Oncology Ltd. v. Glaxo Group Limited & Ors.;and Ajanta Pharma Limited v. Allergan Inc.& Ors. These latter decisions, which encompass both sub-sections (1) and (2) of Section 8, emphasise that obligations placed on an applicant by the sub-sections cannot be ignored simply for reason that the applicant finds them too onerous to comply with or that an applicant can consider himself exempt from providing documents called for by the sub-sections for reason that such documents were freely available to the Controller over the Internet and may actually have been availed of by him. If an applicant acts in contravention of the demands of Section 8, he does so at his peril.

After an Indian application for patent is filed, sub-section (1) of Section 8 imposes an obligation on an applicant that he shall continue to provide detailed particulars of all corresponding applications for the same or substantially same invention around the world of which he has knowledge and an undertaking that he will continue to keep the Controller updated from time to time in respect of further details and developments in respect of such applications. Such obligations continue until a patent is granted on an application or, alternatively, refused.

The reason why the obligations imposed by sub-section 1 of Section 8 are so crucial and why we consider that there can be no two opinions regarding the nature of compliance therewith resides in the fact that both Section 25 on oppositions as well as Section 64 on revocation make non-fulfillment of the requirements of Section 8 (1) - and Section 8 (2) as well - a ground for refusal of an application or a patent, as the case may be.

In its reasonably recent decisions on the revocation petitions it heard, the IPAB has seen fit also to criticize the Controller of Patents for his inconsistency in handling of objections under Section 8. This is a real worry. The Controller and his staff are government servants who tend to hold very much in awe any decision or directive given by judicial bodies of superior level. Hence, it is very likely that we may see a considerably stronger enforcement and observance of the requirements of sub-section 8 (1) - and sub-section 8 (2) - at least until a higher authority than the IPAB sets aside the latter’s ruling on Section 8 as contained in the orders of the IPAB on the revocation petitions referred to above.

Indeed, we happen to be aware of two instances of post-grant oppositions where the ground of failure to provide accurate information on corresponding foreign patents and applications was taken and upheld by the Controller of Patents, leading to refusal of the two patents in question.

These facts have wrought a change in the manner in which applicants need to convey foreign patent information to the Indian Patent Office. In the past, during the prosecution of a patent application, Indian attorneys have suggested and the patent authorities have been satisfied if an applicant filed a single Form 3 giving details of corresponding applications. Clearly, that path can no longer be followed.

Our practice now is to request clients to provide us updates on the status of corresponding applications so that the updated information can be incorporated into one or more further Forms 3. Such updated information or “developments” include, as stated herein, allowances, acceptances, publications with dates, refusals, abandonments, withdrawals and grants with dates of grant. Where a corresponding application is still pending and under examination in the relevant Patent Office, it is sufficient to indicate that the case in question is “pending, under examination”. However, once that status changes, the altered status must be conveyed through a further Form 3 giving the proper up-to-date status. In other words, each “development” represents a separate discrete item of information and it would be wrong simply to indicate that a corresponding application is “pending” when in point of fact one or other status indicated obtains.

In fact, this was precisely the crux of the decision in Chemtura Corporation v. Union of India where the petitioners continued to tag an application as pending when in point of fact it had moved to another stage, namely abandonment. To refer to the application by an entirely incorrect status was what led the judge in the Chemtura Corporation v. Union of India case to hold it to constitute a misrepresentation of the facts which were called for by Section 8 (1) of the Patents Act. It was his conclusion reached that the applicants had resorted to misrepresentation which influenced the judge into refusing to allow the injunction sought.

There is no doubt that it is inconvenient for an applicant and his foreign patent attorney to provide updated information on corresponding foreign patent applications for filing in India. At the same time, in view of the danger that non-submission of the prescribed information could lead to refusal of an application or patent in opposition proceedings, it is recommended that updates of information under Section 8 (1) should be provided periodically but particularly just prior to the final date for allowance of the application. Such last-filed Form 3 must contain all details of developments in corresponding applications and patents. In this, it is always wiser to err on the side of too many updated details than too few.

If one considers as objectively as possible the content of the two sub-sections of Section 8 as quoted hereinabove, it becomes apparent that the width of the requirements thereof is quite formidable. For instance, the details called for by sub-section 8 (1) are details not only of the same invention prosecuted abroad but also of “substantially the same invention”.

Then again, in Section 8 (2) the details required to be furnished on the Controller’s request are details of the processing of the applications, i.e. for the inventions corresponding to the invention in India, “in a country outside India”. Worded in this manner, the sub-section clearly implies that the requirement extends to details of prosecution history of the applications in any or all countries outside India.

When considered in that light, the scope of the requirements is frightening. In his favour, however, it must be said that the Controller and his staff have appreciated the immensity of the task with which an applicant is faced if called upon to comply with every aspect of the letter of the law as embodied in Section 8. Given the unambiguous wording of sub-section 8 (1), there could never be anything much which the Controller could do to attempt to place a different construction thereon.

To the same extent, at least technically speaking, Section 8 (2) empowers the Controller to call for prosecution details of all corresponding foreign applications. Initially, the Controller adopted the practice of raising selectively the requirement under Section 8 (2) as part of the first examination report issued by the Patent Office.

Given the views of the IPAB as expressed in its recent decisions, we can no longer recommend such a mollified approach, even more so since the IPAB has criticized the Controller and his staff as well in its recent orders. We must in the circumstances recommend that our clients provide nothing but the prosecution history of all corresponding foreign patent applications. The reason is clear. Not only are opponents in opposition proceedings and petitioners for revocation projecting non-submission of foreign prosecution history as attempts by applicants willfully to withhold documents and thereby mislead the Controller, the IPAB has gone even one better. It has laid down that an applicant has no choice in the matter whatever: he must comply with the requirement of Section 8 (2) in its broadest interpretation or run the risk of having his patent refused.

A requirement raised under Section 8 (2) is a statutory requirement and must be complied with even when, in an applicant’s opinion, the citations raised in the United States or Europe or elsewhere are irrelevant. Moreover, a reply to a Section 8 (2) requirement is required to be made within six months of the date on which it is raised, i.e. six months from the date of the first examination report in which the requirement appears. If the requirement is not complied with, then technically the patent application in question can be refused on the ground that the applicant has failed to meet one of the statutory requirements raised.

The Indian Patent Office has not so far been very strict on the six-month time imposed for compliance with the requirements of Section 8 (2). In fact, it usually does not even ask for a petition for extension of time if the information sought is submitted outside the six-month period. In addition, we have had several clients ask us why such an unnecessary requirement is being raised when the information is easily accessible online. The answer to that is that the law in question was framed before online accessibility reached the advanced stage it has today!

As stated, the Indian Patent Office has not so far been rigid on compliance with the six-month time laid down for meeting a Section 8 (2) requirement. Given what the IPAB has had to say, that easy going attitude may change. If the six-month period is not complied with, a formal petition for obviating irregularity is very clearly essential and that is something we now recommend to all our clients.

Significantly, please note that unlike the United States, the requirement under Section 8 (2) does not equate to an information disclosure statement in respect of all citations against a particular invention. On the contrary, this requirement is specific to only the actual prosecution history of a corresponding foreign patent application in terms of search reports, examination reports raised and allowed claims. Of course, where a patent has been granted on a corresponding foreign patent application, a copy of the granted patent is also worthwhile submitting.

To take into account the situation as discussed herein and considering that non-compliance with the requirements of either of the sub-sections of Section 8 of Indian patent law is so fraught with danger and prejudice to the rights of an applicant for the grant of an Indian patent, we recommend that our clients organize their record systems to follow the under-mentioned timeframe This timeframe is created based on the contents of Rule 12 of the Patents Rules, 2003 (as amended) which sets an initial time limit of six months from the date of filing of the application in India for compliance with the requirements of Section 8 (1) and six months from the date of the Controller making his requirement for compliance with those of Section 8 (2):